As he prattled on beside him without inhibition, Katsuki felt the beating of his heart quicken, and it made his breaths feel short and his head spin. He wanted out. Kirishima was too close. Katsuki turned around and gave him his blankest stare.

The thought both elated him and made him sick, so he scoffed and spun back around on his heels to shut himself in his room once and for all. He caught mild disappointment and downturned lips that Kirishima probably thought no one would see. Katsuki did though, and it made him feel sicker. He slammed the door shut behind him and threw his book on the floor.

Sure, sometimes class would erupt into chaos now and again, and the group of them all together tended to get rowdier the longer they spent together, but this was getting out of hand.

He felt a bit of sympathy for the waiters and waitresses trying desperately to keep up with everyone. Just a bit, though, and mostly because he felt the same way. There was a reason that Katsuki avoided these things, and it was because senseless noise—like the squabbling of a bunch of teenagers—drove him crazy. It made his palms ache, and his brain feel scrambled and tossed right into Hell. He fidgeted and tugged on his sleeves and ground his teeth until they hurt—which he guessed could constitute as some form of torture.

Each contact was a burst of energy that gave him just enough to keep his cool, to calm the storm that normally prevented him from getting all this social contact. He managed to disengage enough that most of the noise faded, and all he heard was Kirishima. It was somewhat on accident when he glanced up at the rest of the table and realized most eyes were staring right at him.

All the noise came slamming back. He blinked. It looked soft, and Katsuki sort of wanted to touch it too.

He bit that urge down with ferocious denial. He contributed a few cynical lines after that throughout the night, if only because doing so made Kirishima light up like a Christmas tree, every time. He seemed so delighted, so radiant and free, bright smile and playful shoves and oh-.

He loved-. He was scratching at his neck and letting his eyes dart around uncommitted, but he had a smile on to betray their nerves somewhat. Katsuki realized too late that it was his smile, too, and it tripped his heart up enough to notice. He kept smiling, with that odd almost bashful expression on that he only made when they were alone, more recently.

Katsuki swayed with it, but he straightened his posture just in time before the world spun too far from its axis. It was a little frustrating. Once the door was closed, he rested his forehead against its wood, closing his eyes and breathing in and out deliberately.

He did his best to shut off all the alarms, flip off all the switches and warning signs in his head. Not now, not tonight. So, without opening his eyes, as the cold of his door seeped into his skin just enough to combat the flush that bloomed on his face, Katsuki let himself smile. By letting himself smile like that, for so long without repercussions deep in the darkened cave of his bedroom, he had created an opening for his feelings to leak out at inopportune times. Like when anyone else was around, anyone at all.

Katsuki had a reputation to uphold after all- an unapproachable, solitary, chronically disgruntled reputation. It was at these rare times that Katsuki wished he had someone else to talk to. There were so many thoughts squabbling in his chest, scratching at his throat and begging to pour out, and with no ear to hear them but his own. He mouthed it again, and again, the only sound in the room the buzzing of his space heater and the way his breath whistled the ghost of his words.

He stumbled to his door and pressed his ear to the grain. He shut his eyes and tried to focus his hearing, to detect the threat before it could attack him first. His heart was racing, his palms were sweating, and his fingers were flexing. A sense of deja vu came over him, tickling the back of his brain, and he shook it off before he grasped the door handle and twisted it silently open.

He only took one tentative step out of his room before a head of red hair popped out from around the corner with a grin already baring sharp fangs. Katsuki straightened and froze. Kirishima stepped out from the corner and ran a nervous hand through his hair. He nearly opened his mouth, but thought swiftly against it.

Katsuki, under no circumstances, could indicate that he knew this.

The image of an apple core in the moonlight dashed across his memories, but he seized it in mid-air, determined to keep it his own. You hungry too?

Katsuki blinked at him, felt his lashes dust away the dew of sleep, and glanced down. He studied the hand before him, all its callouses and scars, knobby joints and sloping palms. And even knowing that, knowing all the things it could do instead, in this moment, it was his to take.


He was so distracted by the sudden bloom of warmth against his sweaty palm that he tripped a bit when Kirishima tugged him forward. After the initial jolt, he fell into proper step, and followed Kirishima wherever he would choose to lead; they ended up in the kitchen. The tile was freezing under his bare feet, leaking a chill into the warmth caught under the cuffs of his sweatpants. He shivered slightly when Kirishima let his hand go, pained by its loss and encased in ice.

With Kirishima, it was.

It made a light tinny sound, as opposed to the crash that had first beckoned him. He plucked a small snack pouch of some kind from the box when Kirishima offered, out of politeness.

He nibbled on it while Kirishima devoured a cereal bar, sat side by side on the counter by the fridge. Katsuki watched him, wishing more than anything that he could know what it was. The kitchen felt different to be in, this time of night. Not unpleasant, but still a little strange, like he was only meant to occupy it when the sunlight could filter in from the window by the refrigerator.

He felt like a visitor in what was meant to be his own home, and sometimes Katsuki still felt that way about his own bedroom, even. That said, Kirishima filled out the rough edges of unfamiliarity just fine. 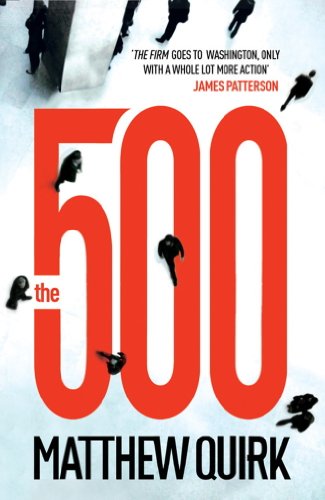 Katsuki scoffed, betraying the warmth that mutual trust planted in the center of his chest. Kirishima just hummed thoughtfully at him, leading the way to their bedroom doors. If he had something meaningful to retort with, he kept it to himself. It puzzled Katsuki more than answered him, kept him up that night.

Who would he tell, really? Who would pose a threat? Friends, he supposed, but who could he consider close enough to use the terminology? He was least irritating, after Kirishima himself- and Pinky was alright, maybe. She squealed too much, but once she chilled out she seemed to be decent company. Did that make them friends, officially? How bold of Kirishima, to so easily tear him to shreds without actually saying a single thing about it.

He sighed at his ceiling, slung an arm across his eyes, and tried for sleep without the distraction of secret stashes and crashing pans. Studying, for Katsuki, had always meant silence in his bedroom, locked away and as solitary as possible.